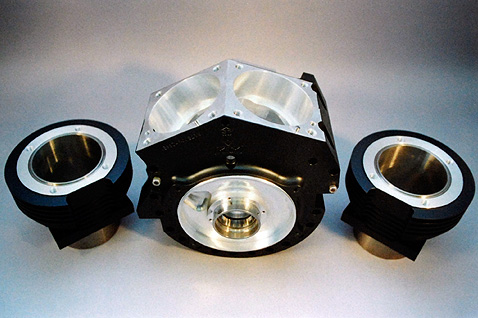 Whether you have a high revving inline 4 cylinder, a hot running V twin, a good old 2 stroke or a trusty single, Swain Tech’s coatings will offer you performance improvements that no other engine modification can offer. Not only will Swain’s coatings improve power, they will also improve the durability of the parts as well. What other engine modification will accomplish both?

To make power, the motor has to produce heat. The more effectively you can manage the heat, the more power you will make. Swain’s thermal barrier coatings keep the heat where it will make power such as the combustion chamber and the exhaust parts.

At the same time, thermal barrier coated parts such as the piston domes, combustion chambers, valves and exhaust parts are all protected from the heat allowing the parts to run cooler, stronger and are protected from burning and detonation.

After you control the heat for optimum power, reducing friction is the next priority. Swain’s permanent low friction coatings are applied to piston skirts, bearing shells, valve springs and other parts that see high motion will all benefit from the reduced friction that the coating offer as well as providing a solid film of lubrication to help protect the base metal from scuffing, scoring or galling if the primary lubrication is not sufficient.